Tweet
This article about battery leasing and secondary utilization analyses commercial issues of business models in order to show the complexity of e-mobility with respect to the named aspects of the field. It also gives some insights on what participants can expect from Iceventure's business facilitation workshop on the eCarTec trade fair 2013 (english version here). 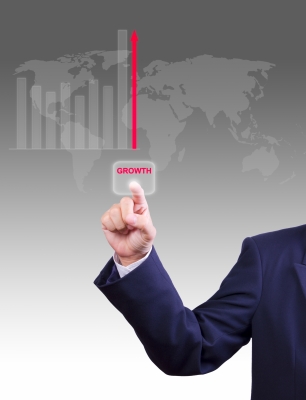 For the sake of argumentation, it will be assumed that all technical issues such as loading cycles, battery lifetime, and the diagnosis of battery aging are solvable. Business problems will be our main concern here.

The very core element of an electric car is its battery. Car companies do not only have to answer technical issues regarding the technology itself. They have to cover the aspects of battery usage cycles in the car and an end-of life solution as well. Needless to say that battery costs and price points are important factors for the final customer.

One often-discussed approach is simply leasing the battery

from the producer or leaving the battery in the ownership of the producer altogether. At first glance these solutions seem to be reasonable since the transaction (and contract) is similar to today's diffused leasing. The case is all but not so easy. Car producers are reluctant to add additional "objects" on their balance sheet to begin with. Young people's buying resistance in contrast to the producer's necessity for high numbers have already lead to the establishment of car sharing solutions like drive2go and Drive Now, activities to be backed with capital keeping the product on the balance sheet instead of a sale.

Furthermore batteries as complementary items with limited usage have to be calculated differently than cars which have a certain resale value (with still quite some associated risk) according to their mileage, age or also color.

There are battery leasing offers, indeed, and the cash flow can be modeled. From a business model point of view, however, the available offers are only using their balance sheet to smoothen the high price of an expensive consumable good. Thus, the issue of battery production costs remains in place and such offers carries material risks resulting in the need for new solutions.

As BMW and Vattenfall have recently announced there are plans to solve the issue of secondary battery utilization, researching the user case of consumed electric car batteries as grid storage. The technical starting point is that used batteries still work reasonably well as grid storage although they are already unfit if judged by the high demands for capacity and loading cycle in electronic cars after some years. In sum it is an interesting approach, but with some difficulties.

This attempt at secondary usage adds additional complexity to the existing issues. Namely, it merges two business models and calculation basis resulting in difficulties for contracts and product definition. It therefore only partially corresponds to the demands of the criteria for a good business model innovation.

the business model from a business developer's perspective

The reason is the underlying problem of asymmetric asset cost and revenue distribution towards the respective "owner"/user. Three aspects should be considered.

The first problem is the battery price itself. In the described approach it stays untouched since it is "only" a business model innovation.

Moreover there is the question of cost/payment distribution: On the one side the user case for the battery is three years meaning after that a replacement is required and the leasing/car provider has to provide a new battery. But should the user carry the full battery costs – after all it is (s)he who consummated the electric car usage span? Should the battery be fully written down? Or should the provider pass on potential proceeds from the secondary usage?

I think it is reasonable to argue that consumers will want their share knowing that the battery life cycle continues. In this case the additional value of the battery should be known beforehand in order to be part of an agreement. Additionally the question of reliable diagnostics of battery aging depending on the driver, usage, and external circumstances such as temperature are of importance.

At the same time the balance sheets of car producers assimilate more and more a "second hand dealership" showing constantly new batteries, accumulating used ones with the hidden potential of successfully cashing in on the management of residues.

Implications for financial ratios are for now difficult to grasp fully, but one should not forget to mention the necessary cultural adoption for such a model. It differs significantly from the current product cycle development and sales of cars.

With that we turn to the second side of this business approach: the usage of batteries as grid storage. The business case "grid storage" follows a different logic and systemic demands than in the case of the electric car. A reasonable first assumption is to argue that the growth rate for storage solutions is by far not linear in relation to that of mobility demand and battery replacement cycles. This affects the price, which will be illustrated in the following example:

Iceventure researched the issue for a project with the aim to transport energy from remote production locations with high production potential. The answer regarding the buying price for (used) batteries varied between a) zero, since the batteries were consumed by their electric cars usage, b) pro rata imputed remaining life cycle costs and c) a combination of costs and revenue potential since it would avoid buying a new battery altogether.

The three answers show the possible variety in business approaches with respect to pricing that could also have been stated in the above section for car producers as a counterpart. Thus the number of open questions prior to having a working business model is quite high.

The key issue is: batteries are an expensive grid storage solution per kW. This means the higher the purchase price the higher the demands towards turnover and reliability of charging cycles and life cycle in order to be profitable (see the diagnosing battery aging above). Factoring these aspects in the planning, also considering the current system with the requirements for base load, the cyclical fluctuation with the unknown energy production of renewables, is very difficult. To blend all these factors into a calculation and business planning is a real challenge.

Thus there is enough opportunity for new entries/entrepreneurs and interesting innovative business models, to solve the problems for all parties effectively.

A first approach, that addresses at least the initial problems of car producers, could be to give priority to grid storage. In this case industrial quantities of the right batteries could be produced irrespective of the sales quantity of electric cars which would allow for the laws of cost reduction of high production numbers to take effect.

Alternatively, one could investigate technical approaches in such a trading model. Does a battery technology exist that is suitable for electric cars and at the same time for a refill cycle with the energy industry? I think so, but it takes courage to rethink scenarios and business models.

Maybe we can discuss one or two of the questions during the workshop on the eCarTec.